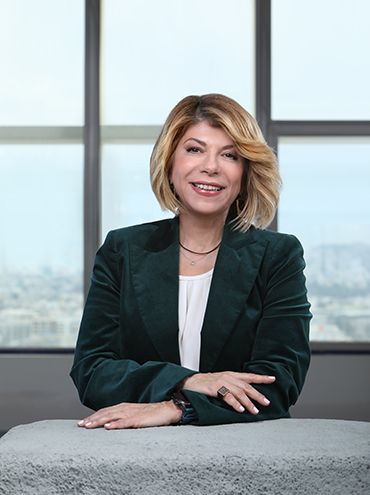 Prior to joining COSMOTE, Ms. Papadopoulou worked in the Financial Division of SHELL HELLAS S.A., from where she moved to KRAFT FOODS INTERNATIONAL as Human Resources Manager. For the next ten years she held the position of Human Resources Director and was a member of the Management Team of MERCEDES BENZ HELLAS, PN GEROLYMATOS and PRAKTIKER HELLAS of the METRO Group.

Ms. Papadopoulou holds a degree in Business Administration and Finance from Deree College.